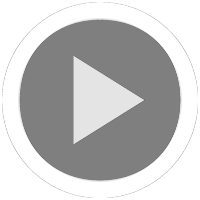 DG Productions are here to shake up the existing production landscape.

Based at Pinewood Studios in the UK, with offices in Europe and across the USA, we can facilitate your shoot anywhere in the world using our global network of experienced, multi-lingual crews.

We are as flexible as you need us to be. Your short deadline is our forte. We can script, budget, storyboard, shoot, edit and deliver a finished product on schedule, within budget, without compromise.

We strip back the traditional production process by offering a unique, fully integrated service. We work with the leading industry talent from writers, directors and producers, to film crews, composers and post production... all under one banner.

With award-winning industry talent and the most effective set up, we are dedicated to delivering hard-hitting, brand-promoting content across the board, whilst keeping our client’s objectives as our highest priority. 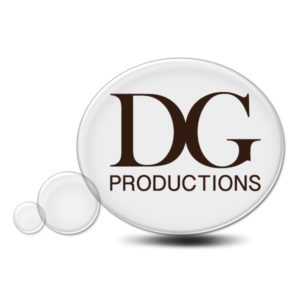 We believe in perfectly blending creativity with passion.

To create stunning visual communication with impact and enduring artistry treating all canvases with the same elegant strokes.

Our award-winning management team has many years’ experience. We have carved a reputation for extraordinary creativity. We are at the top of our game and take pride in working with the finest talent within the industry. 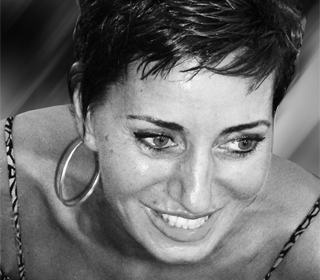 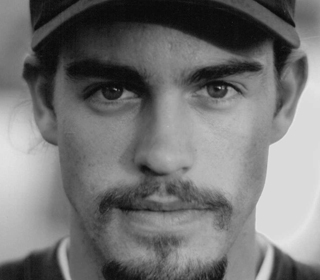 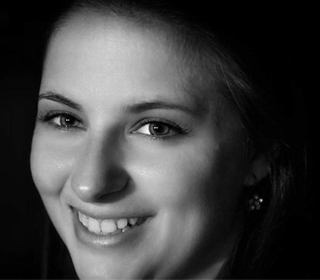 We can facilitate your shoot anywhere in the world using our global network of experienced, multi-lingual crews. We are as flexible as you need us to be. Your short deadline is our forte. We can script, budget, storyboard, shoot, edit and deliver a finished product on schedule, within budget, without compromise.

Creating branded content is more crucial today than it has ever been. We take an individual approach to every project offering creativity and flexibility. Brands look to engage audiences outside traditional broadcast media.

Our seasoned team are experts in all aspects of movies, commercials, music videos and media production. We know and understand branded content.

" We want to make movies that will touch, move and inspire "

" Our vision is to create independent movies to major studio-standards "

We have the leading industry talent, the most effective set up, and our clients’ objectives as our highest priority. We provide a personal and tailored service for the creation and production of commercials, music videos, corporate and branded content, television programmes and feature films.

Thanks for your message! We’ll be in touch soon.

Any cookies that may not be particularly necessary for the website to function and is used specifically to collect user personal data via analytics, ads, other embedded contents are termed as non-necessary cookies. It is mandatory to procure user consent prior to running these cookies on your website.

DG Productions are the forerunners in a new generation of filmmakers.

Our vision is to create independent movies to major studio-standards.

With a fresh, dynamic approach to filmmaking, and dedication for seeing projects through each and every stage of their development, DG Productions is fast gaining a reputation as one of the hottest independent film companies.

We work across all television genres producing high quality and diverse programmes in the UK, Europe and the USA.

We are currently delivering ART JUNKIES, a lifestyle television series which follows two dynamic presenters as they journey around America in search for unusual and stunning art made entirely from recycled materials.

We have in development ‘Disco – the Beat Goes On!’ which tells the real story of Disco. This is an exciting new reality TV series which explores how Disco changed the lives of a generation and how its legacy continues to influence popular culture and music today. The series follows the exploits of Grant Santino, the UK’s first World Disco Dancing Champion, and a galaxy of stars on a mission to entertain and educate a whole new generation about the phenomenon of “Disco”.

We have accrued a wealth of corporate knowledge and experience. We endeavour to fully understand your business, your mission and your needs in order to achieve the best possible results.

The emerging market of corporate shoots can present challenges which we effectively resolve with visual solutions, provided by the most experienced directors, editors and crew.

The renowned and award-winning Ged Parsons (Have I Got News for You, Mock the Week, Never Mind the Buzzcocks, Room 101) heads our team of top industry writers, offering clients the most compelling copy.

With an individual approach to every project, our seasoned team brings expertise to all aspects of video and media production.

We create dynamic and visually stunning music videos for all artists: from new talent to established performers. We work alongside some of the top industry music professionals collaborating with the common belief that the artist and their target audience should be at the heart of everything.

We produce broadcast quality music videos for bands, singers and labels, whether it would be a performance video or special effects extravaganza.

We facilitate your shoot anywhere in the world, offering the best studios and locations. We provide a diverse selection of shooting platforms: from fully equipped helicopters with aerial filming crew, to a fleet of Rib camera boats, and access to underwater stages.

We offer access to the entire range of production tools and techniques, with panache and style, from the finest choreographers, dancers, models, entertainers and specialist dance acts, through to stylists, makeup and hair artists and close protection security.

EPK tells your story. It’s a must for anyone seeking exposure and publicity as an artist. EPK is your professional resume to the world. We can help you to create the most effective EPK that will get you noticed!

Together, we help create compelling and effective commercials.

Working directly with the client enables us to truly understand your objectives and provide a turnkey solution from initial concept, to script, to screen.

Our experience is eclectic and diverse.

We have extensive knowledge and resources in creative and strategic development. Our production expertise and compliance with ASA guidelines, enables us to deliver hard-hitting and brand-promoting commercials.

We fulfil your business and marketing objectives without compromising your budget.

Claudia Bento is a Portuguese filmmaker based in London.

Claudia has been working in the industry since 2015 when she graduated with a master in film at the University of Beira in Portugal. Claudia travelled to the UK to further peruse her career taking on a six month internship at the Webra Group, based at Pinewood studios; during her time there she utilized her skills covering many roles including production assistant, director, producer and general running of the office.

Claudia’s passion for film is second to none. She has produced, directed and edited several low budget award winning short films and documentaries before joining forces with DG Productions, based at Pinewood Studios. Together they are working on many diverse projects which are in different stages of production including a film she has written and will direct THE WALL BETWEEN.

Claudia is looking forward to her continued journey with DG Productions.

Daniella has strong views on DG's work ethic; "Working with award-winning industry talent and the most effective set up, we dedicate ourselves to delivering hard-hitting, brand-promoting content across the board, whilst keeping our client's objectives our highest priority".

DG Productions knows that experience matters and is proud to have a portfolio of diverse film projects in different stages of development and completion.

DG has optioned a multi-million dollar music-driven CG animation movie 'Superhumans' written by Greg Johnson and to be directed by David Weinstein and is currently in pre-production with the movie “The Iron Ribbon”, based on the true story of the Polish actress Stanistawa Uminnska’s. Stanistawa is on trial in Paris for the murder of her husband who she helped to commit euthanasia. A captivating story that gripped the entire nation. Written and to be directed by the multi award winning Jarek Marszewski.

Other credits include "Dead Man's Walk," "Rough Riders," "U.S. Marshalls," "Camp Charlie," "Finding North," "Party Girls," "75 Degrees In July," " Holiday In Your Heart," and "Still Holding On." Commercial credits range from Dr. Pepper, American Airlines, Chevy, Direct TV, and Doritos to name but a few. Along with over 20 years-experience in Broadcast Television delivering diverse programming formats for commercial output on all channels. This includes everything from prime-time entertainment and commercials to news and current affairs.